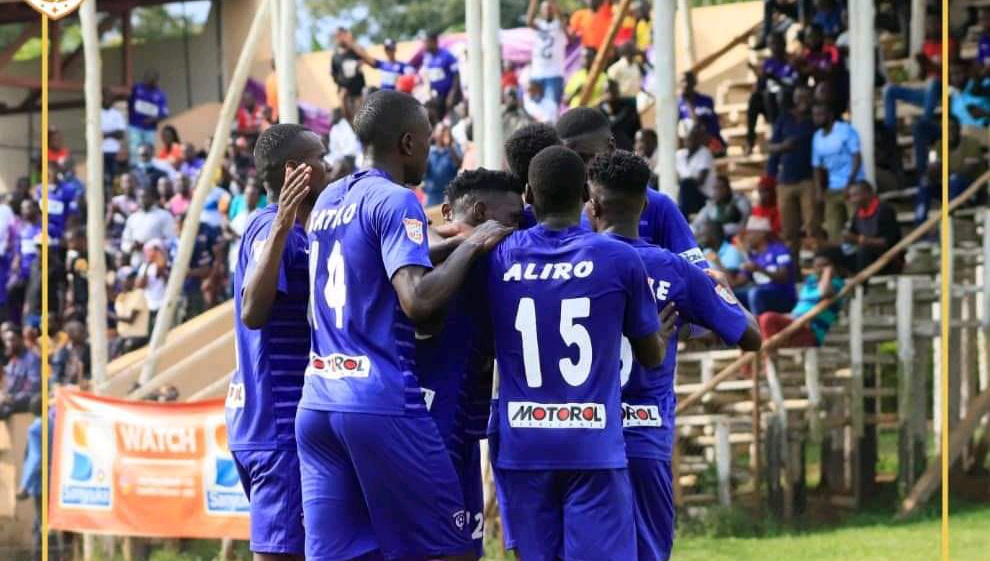 Frank Ssebuufu’s goal was the difference as Wakiso Giants pushed Tooro United closer to relegation with a 1-0 away win in a UPL game played at Buhinga Stadium, Fort Portal.

Tooro United slip to 14 points adrift of safety with six games to go!

A loss to Tooro has physically ended their home unbeaten run since second round, their loss was awarded in boardroom against Vipers.

It was a day to forget for tactician Ibrahim Kirya whose side lost to a team he guided to its maiden UPL season back in the 2018/19 season.

From the first whistle, it was Wakiso Giants that showed the real zeal to pursue the maximum points and it was not a surprise when Ssebuufu in 10th minute poked home Ivan Bogere’s effort to hand visitors a well deserved lead.

The purple Sharks could have double the lead in no time but Rahmat Senfuka who later in 40th minute subjected to forced substitution, had his efforts saved from the spot by goalkeeper Simon Mabuya.

Wakiso had several interval but were not clinical enough in front Tooro’s goal.

The rain at the restart seemed to disorganise the strategy of both sides but the hosts appeared to capitalise on it with threatening attempts, however the visitors were able to hold in there.

Musa Docca’s shot beat Emukule but was blocked by Alex Komakech, and later substitute Mark Nsubuga was too wasteful when he misfired Ronald Magwali’s fine cross.

And with two minutes to play, Emukule was called into action with a brilliant save to deny Mwanje’s freekick to register another clean sheet onto his name.

Tooro will host Bright Stars in one of the their remaining six fixtures in UPL next Wednesday.

Wakiso Giants who are now comfortable in 7th place with 36 points, will host Express in their next game on Wednesday.