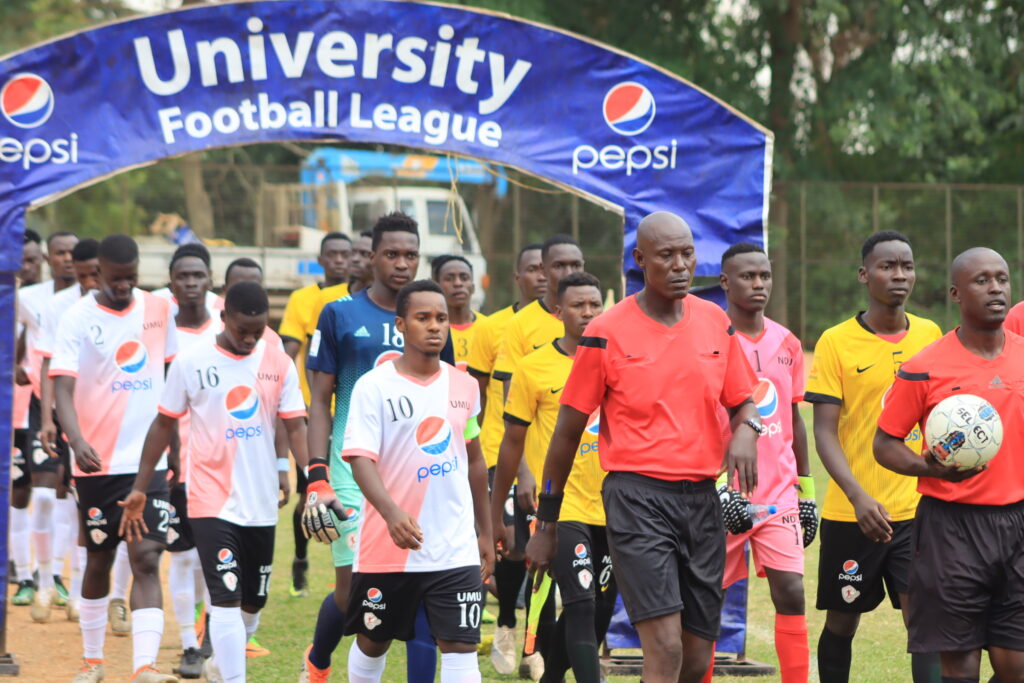 Ndejje University got their return to the UFL with a hard fought 1-0 win over 2017 champions Uganda Martyrs University Nkozi at the Arena of Visions.

Muyanja Hassan was the hero after his second half freekick gifted the Luweero based University the maximum points.

The hosts started with high intensity as they came close to break the deadlock but Ejouku effort went over the bar off Ocira cross.

The visitors also had the chance to take the lead in the opening ten minutes but Kasozi’s low header was easily saved before being denied by Goalkeeper Mayega after a powerful shot from the corner.

Kitara Daniel could have put the hosts infront but he missed his attempt from eight yards before Ejoku 25 yards shot was collected by Akena.

In a highly contested Halftime, Agamire found Kasozi who cut inside but his deflected shot was easily collected by Mayega.

Mayega was once again called into action after a nice save to deny Aguma following Kayondo freekick that met Kasozi.

In the 69th minute, Muyanja Hassan broke the deadlock for Ndejje University from a powerful freekick.

Bukenya made a good sliding tackle to block Agumire shot from the edge of the box as the visitors pressed for an equaliser before he was once again blocked by goalscorer Hassan Muyanja.

Ndejje University are second of Group E with 3 points after one match while Nkozi are are 3rd without a point.